The store will not work correctly in the case when cookies are disabled.

Saudi Arabian Patek Philippe to go on sale 15th May

A large 18ct pink gold patek philippe centre seconds wristwatch with enamel dia depicting King Ibn Saud of Saudi Arabia, with ruby indexes is due to go on sale at the Sotheby's important watch auction in geneva on the 15th May 2011.

This watch was produced as part of a special order from the Patek Philippe retailer in Saudi Arabia to honour King Ibn Saud.

Born in 1876, Abdul al Aziz al Saud, known as Ibn Saud, in 1932 became the first king of modern Saudi Arabia. Under his reign, the Kingdom prospered, especially after the 1938 discovery of oil beneath his sands. 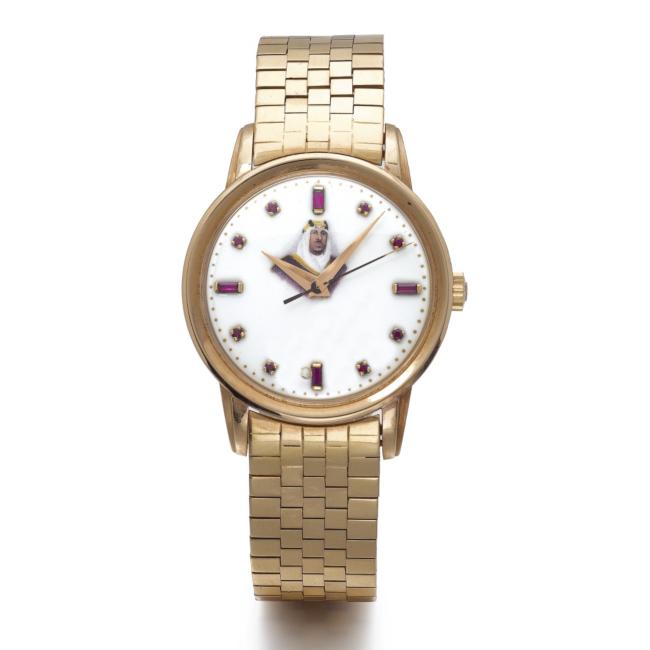