The store will not work correctly in the case when cookies are disabled.

The founder; Abraham-Louis Breguet was born in 1747 in Neuchâtel, but spent most of his productive life in Paris. His varied inventions were fundamental to horology. Breguet has achieved more than 200 patents since 1775, when he first set up the business in Paris. With the development of successful self-winding perpetual watches, the introduction of gongs for repeating watches and the first shock-protection for balance pivots, his career begun with a series of breakthroughs.

Through his apprenticeship as a watchmaker he made many connections with scholarly people and following his introduction to the court, Louis XVI and his Queen Marie Antoinette became early enthusiasts of Breguet watches. Breguet’s masterpiece, the “Marie Antoinette” (No.160) contained every watch function known at that time. 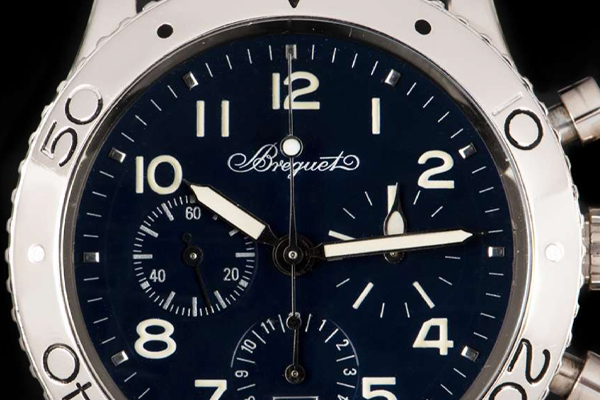 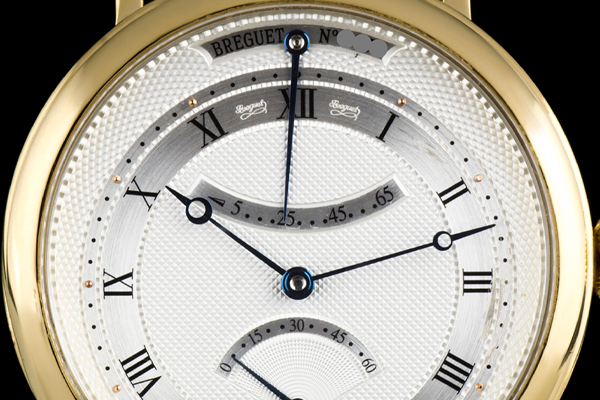 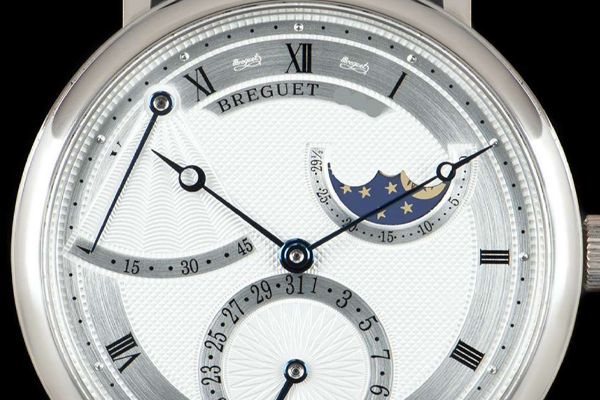 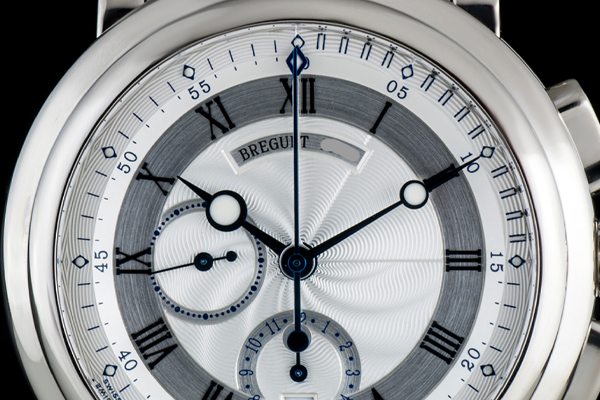 Abraham Louis Breguet took refuge in Switzerland from the excesses of the French Revolution. On his return to Paris he was overflowing with the ideas that produced the Breguet balance-spring, his first carriage clock (sold to Bonaparte), the sympathique clock and its dependent watch, the tact watch and finally the tourbillon which was patented in 1801.

Abraham-Louis Breguet’ business continued to go from strength to strength and in 1807 his son Louis Antoine became his partner and the company then became known as Breguet et Fils.

Each watch from his workshops demonstrated the latest horological improvements in an original movement, mostly fitted with lever or ruby-cylinder escapements that he perfected. In 1810, Breguet developed the first wristwatch, ordered by Caroline Murat; Queen of Naples, which was completed in 1812. Amongst many other famous clients, Queen Victoria of England purchased a Breguet watch one year after her ascent to the throne, as did Sir Winston Churchill and Arthur Rubinstein.

Breguet became the imperative watchmaker to the scientific, military, financial and diplomatic elites at the time. He received many honours for his exceptional contribution to horology. He was appointed to the Board of Longitude and as chronometer-maker to the navy, he entered the Academy of Science and received the Legion of Honour from the hands of Louis XVIII himself.

When he passed away in 1823, the company carried on under his sons management until he retired in 1833. The business then continued under Abraham-Louis’ grandson Louis Clément Francois and lastly his great-grandson Louis Antoine until 1882.

Louis Antoine had two sons and a daughter but they did not wish to enter the business so Breguet decided to take on noted English watchmaker Edward Brown of Clerkenwell to look after the factory in Paris. Edward Brown later became a partner and subsequently the owner and head of the company after Louis Antoine’s death. His two sons took over the firm when he died in 1895 and when his son Edward retired in the early 1900s, his other son Henry became the head of the firm.

These are just a few of Breguet’s achievements over the years:

Launch of the first self-winding watches known as "perpétuelles", with an oscillating weight and two going-barrels.

Invention of gong spring for the minute repeater. Design of the famous open-tipped hands known as “Breguet hands” and the Breguet’s Arabic numerals.

Development and production of the first single hand watch known as the subscription watch.

Invention of the 'montre à double secondes' or (observation chronometer), forerunner of the modern chronograph.

The classic line is enriched by a 'tourbillon' wristwatch in tribute to the inventor of this regulating device.

Patent of the wristwatch with perpetual equation of time (17th April).

Patent for a straight-line perpetual calendar watch movement with instant year-jump (15th May).

The Marine line is enriched by a chronograph that is the smallest self-winding chronograph movement in the world.

Patent for the moon-phase mechanism in the 'Reine de Naples' watch.

Two patented inventions in the Breguet alarm watch 'Le Réveil du Tsar' : a column-wheel mechanism to lock or active the alarm and a device to co-ordinate the alarm with local time.

Reproduction of the watch No. 160 called "Marie-Antoinette" based only on pictures and descriptions.